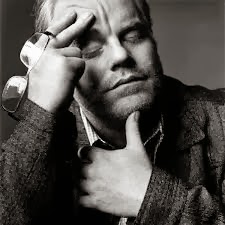 "I was moody, mercurial... it was all or nothing"--Phillip Seymour Hoffman....
We lost a god today. An acting god, one that towered over many, took on challenging roles and became the other person so convincingly, that he left audiences mesmerized.
Phillip Seymour Hoffman, one of today’s finest actors was found dead in his New York City apartment. According to several news sources, he was found in the bathroom with a needle still dangling from his arm.
A truly heartbreaking image for a great man, father, son, an amazing and talented actor to finish his greatest role in life; living. There is no doubt that today is a sad day. I became a follower of Hoffman’s work when I first watched him in The Talented Mr. Ripley. He played snobbery with such precision and high-classed grace that even as a viewer I felt small.


Soon, many of his films  made my favorites list; Magnolia, Boogie Nights, The Savages, The 25th Hour and the hilarious, ”Along Came Polly”. Hoffman had such great range that he could act alongside the likes of Ben Stiller and have you laughing your ass off. Then just a few years later, play Truman Capote one of the world’s best writers and human beings, as if he was Capote himself, as if every move and word that he released from his mouth were not his but Capote.
One of my most beloved articles on the art of acting was one Phillip Seymour Hoffman did with New York Times in 2008 titled, “A Higher  Calling”. I recommend you google this article and read it. One will get a glimpse of the acting genius of Hoffman. Below is a quote from that article where Hoffman explains the moment his love of acting was born.
“When I saw ‘All My Sons,’ I was changed — permanently changed — by that experience. It was like a miracle to me. But that deep kind of love comes at a price: for me-..and it’s torturous because you know it’s a beautiful thing. That’s beautiful and I want that. Wanting it is easy, but trying to be great — well, that’s absolutely torturous.”
-- Phillip Seymour Hoffman (quote originally from New York Times,2008)

Phillip Seymour Hoffman was only 46. It is a sad day in the world of film. There is not another actor that can fill the shoes he has left behind. With Hoffman departed, future great roles of characters he could have played will forever be a little empty now.

by Francine Ramos McMillon
Posted by Francie at 1:15 PM