To write, one must read.

A love for the written word

Stephen King said it best in his 2000 memoir, "On Writing: A Memoir of the Craft", with one of my favorite quotes. In the book he describes the importance reading has on writing and how being a writer one must also be an avid reader. I am proud to say that on top of writing; I also read and read some more. A few of my coolest friends and closest co-workers have formed a book club called, Matryoshka,
The name is Russian and means nesting dolls. The reason we chose this name in particular is our love of Russian Literature. We have also placed a face of each of our favorite authors on the flyer such as, the great Ana Akhmatova, Tolstoy, Chekhov and Dostoevsky, as well as the phenomenal word master, Gabriel Garcia Marquez.
Even though I didn't place a photo of Stephen King on one the Matryoshka dolls head, I am still a huge fan of King. I once had a professor that was adamant that Stephen King's books were not literature, simply pop-fiction. He also on several occasions said that he would not consider King to be one of the great American writers, or anything even close to that. It is because of King's love for writing the horror story or telling the tale of murder and evil driven machines that had him believing this.
However, I viewed this differently. For one, King's short stories are amazing. The stories, "The Last Rung of the Latter" and "A Poster of Rita Hayward" (which later became the motion picture, Shawshank Redemption) are wonderful. His ability to tell such vivid, lesson-filled tales, proves he has what it takes to be considered amongst lasting great writers. I don’t think we will ever have another, Tolstoy, at least I think not, but it doesn't mean that every other modern day writer isn't capable of writing in the mist of pop-fiction the gem of real literature.
With that here goes that quote…..
“If you don't have time to read, you don't have the time (or the tools) to write. Simple as that.”
― Stephen King

If you would like to join us at one of our meetings, read along with us and be prepared for discussion, feel free to contact me with any questions you might have. I have attached an image of the wonderful book we are reading. If you can't join the book club, I do encourage you to read the book at your leisure. It is a great read and one not to be missed. 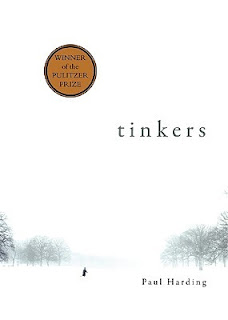 In Solidarity & the love of writing,
~Francie
Posted by Francie at 6:42 PM